Two Alabama cities have elected African-Americans mayors for the first time in history. In Talladega, 29-year-old Timothy L. Ragland is also the city’s youngest mayor. And in Montgomery, Steven Reed—once the county’s first Black and youngest probate judge—is now mayor of a state capital that was integral to the U.S. slave trade and to the Civil Rights Movement.

Ragland, a native of Talladega and third-year law student at Thomas Goode Jones School of Law. On October 8, he defeated incumbent Jerry Cooper by 23 votes in a close runoff election. In Talladega, a small city with some 15,000 residents, the role of mayor is part-time and mainly ceremonial in nature, but Ragland promised that if elected he would do more for his constituents.

In Montgomery, Mayor-elect Steven Reed was sworn in on November 9. The son of civil rights activist Joseph L. Reed, he has become the first African-American mayor to lead the predominantly black city, beating white TV-station owner, David Woods with 67% of the vote.

In an interview with TIME magazine, Ragland said, “To see things come to where they are right now, when you think of what took place in this country — from the first enslaved Africans being brought here [to Virginia] in 1619, to this city being founded in 1819, to the city electing its first black mayor in 2019—the significance of it is also found in the possibilities that we are now afforded, and the hope it has given people that we will progress to a New South.” 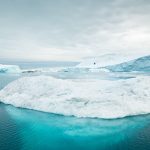 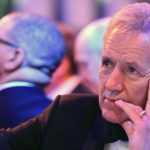