Sometimes the best response to a ‘Freddie Kreuger in the room’ is to call it out. That’s just what 27 year-old comedian Kelly Bachman did as she opened her recent stand-up set in a downtown Manhattan bar and noticed disgraced disgraced film producer Harvey Weinstein in the crowd.

“I didn’t know we had to bring our own mace and rape whistles,” she said, eliciting boos from some audience members and one call for her to “Shut up!” Bachman continued her set, but during intermission, again confronted Weinstein, 67, who stands accused of sexual misconduct by at least 80 women.

The October 23 video of Bachman on-stage and another showing actor, Zoe Struckless, shouting at Weinstein as he sat in the VIP section of basement venue, Downtime NYC, have since gone viral. Bachman, friend Amber Rollo, and Struckless were all subsequently expelled from the venue.

Bachman has since penned an opinion piece for the New York Times in which she opens up about previous rapes and the triggering Weinstein incident, saying, “I’m not surprised that anyone would boo me for calling out a man accused of rape, because that response is so terrifyingly familiar to me and most survivors. If my own peers haven’t stood by me when I’ve spoken out, why wouldn’t I hear boos from strangers in a New York bar?”

In a statement to the Hollywood reporter, Weinstein’s camp responded to the women’s protest, as follows: “This scene was uncalled for, downright rude and an example of how due process today is being squashed by the public, trying to take it away in the courtroom too.” The representative added that, “Accusations are, in fact, not convictions.”

Meanwhile, Weinstein’s criminal trial begins in January 2020. The film mogul’s public demise was the beginning of an industry-wide shake up that amplified the #MeToo movement in 2017. Arrested in New York in May 2018 on rape and other charges, Weinstein has kept a low profile since being released on bail. He has pleaded not not-guilty to two charges of predatory sexual assault, and to an additional five criminal charges levied against him by the Manhattan District Attorney’s office.

“A lot of the work in calling out rape, rapists and rape culture unfortunately still falls on survivors,” wrote Bachman in the New York Times piece.

A recent survey by the nonprofit, Stop Street Harassment, found that nationwide, “81% of women and 43% of men reported experiencing some form of sexual harassment and/or assault in their lifetime.” And according to the US Equal Employment Commission, an estimated 75 percent of workplace harassment incidents are not reported at all.

Bachman is glad that, though intimidated, she dared to say something. In her article she also said, “I’m proud that I spoke up about Harvey Weinstein that night. The overwhelming support I have received has made all of the difference, and it feels like I’ve somehow gotten a little bit of my lost time back.” 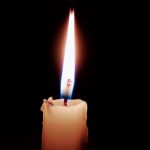 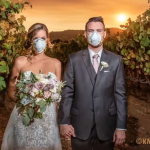