In an interview with Vogue U.K., actress Emma Watson has said she prefers to call herself “self-partnered” rather than single as she approaches her 30th birthday.

“I never believed the whole ‘I’m happy single’ spiel,” she told the British publication. “I was like, ‘This is totally spiel.’ It took me a long time, but I’m very happy [being single]. I call it being self-partnered.”

Watson, who rose to fame when she was cast as Hermione Granger in the Harry Potter franchise nine years old, talked to the magazine about turning 30 and the anxiety that comes with not being able to meet certain societally imposed milestones.

“I was like, ‘Why does everyone make such a big fuss about turning 30? This is not a big deal,’” Watson laughed. “Cut to 29, and I’m like, ‘Oh my God, I feel so stressed and anxious. And I realize it’s because there is suddenly this bloody influx of subliminal messaging around.”

The actress also talked about her upcoming role in Greta Gerwig’s adaptation of Louisa May Alcott’s Little Women, where she plays Meg, the dutiful sister who wishes to marry.

“With Meg’s character, her way of being a feminist is making the choice–because that’s really, for me anyway, what feminism is about,” she told the magazine. “Her choice is that she wants to be a full-time mother and wife.”

Watson is well-known for her ongoing activism and her role as a feminist leader. She has been a UN ambassador since 2014, serving as an advocate for the UN Women’s HeForShe campaign promoting gender equality. She is also involved in a number of projects and has given her voice and platform to women’s rights, LGBTQ+ rights and sustainability campaigns.

“My life is a sheer privilege because my parents didn’t love me less because I was born a daughter,” Watson said in an iconic speech for the HeForShe campaign in 2014. “My school did not limit me because I was a girl. My mentors didn’t assume I would go less far because I might give birth to a child one day. These influencers were the gender equality ambassadors that made me who I am today. They may not know it, but they are the inadvertent feminists who are changing the world today. And we need more of those.” 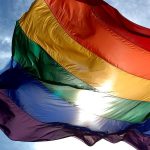