For the First Time in 18 Years, the U.S. Did Not Admit Any Refugees Into the Country

October was the first month in at least 18 years that the United States did not admit any refugees into the country, and this is closely related to President Donald Trump’s administration.

Last week, the State Department notified the refugee resettlement agencies that, for the third time, it would postpone flights with immigrants to whom the government had already offered protection. These delays have completely halted the resettlement program and refugees have been left in limbo in some of the most dangerous parts of the world. Many of them are minors who have already faced a hard process of scrutiny.

The arrival of refugees is generally halted the first week of October while federal, international and governmental institutions make adjustments to implement a new plan for admissions in the United States. The President usually signs the official order of this plan in September, at the end of each fiscal year.

This marks the first time that no one was admitted to the United States in October since 2001, when the Department of State began to register the arrival of refugees. Even in that year, after the terrorist attacks of September 11, eight refugees arrived in the country between October and November.

Last Friday, the Trump administration finally signed the order to begin admitting refugees into the country again and allow their flights to the U.S. to resume. Nevertheless, the low refugee cap—the number of refugees who may be admitted to the US — will still be kept well below the previous years.

In the same order, Donald Trump significantly slashed the number of refugees that will be accepted in the next fiscal year to just 18,000 refugees—marking an historic low and threatening to further erode the refugee resettlement system of the country. 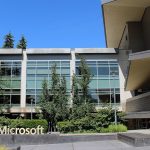 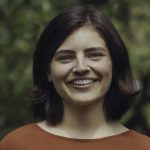