On October 15, attorneys for former Nevada prisoner, Darell White appeared before the Nevada Supreme Court in Las Vegas to sue the state for insufficient payment of workers’ compensation. White, who was injured while working a prison job, is seeking damages because the state paid him just 50 cents a day in workers’ compensation while he was incarcerated, and after he had served time.

As reported in the Nevada Independent, White’s attorney argued that, “Nevada’s constitutionally-set minimum wage requirement should supersede some of the existing rules on inmate pay and compensation for injuries sustained while on the job.” However, the justices are not yet convinced that minimum wage should be awarded to White and others who have been injured in prison, but are no longer incarcerated.

Eight states (Alabama, Arkansas, Florida, Georgia, Mississippi, Oklahoma, South Carolina and Texas) do not pay the incarcerated for work performed in government-managed facilities, according the Prison Policy Initiative. The state of California has been criticized for paying inmates $1 an hour to fight wildfires as recently as 2018. Despite this experience, these volunteer inmates cannot secure firefighting jobs once released.

The United States has the highest incarceration rate in the world. Here, penal labor is allowed under the 13th Amendment of the U.S. Constitution, which abolished slavery an involuntary servitude “except as punishment for crime.” The extent to which this sanctioned bondage continues to disproportionately impact African-American prisoners in the U.S. is examined in the critically acclaimed 2016 documentary, “The 13th,” by filmmaker Ava DuVernay. 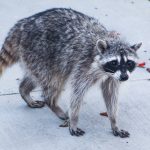 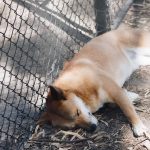