Shortly after an Italian city council voted against 2020 regional budget amendments to combat climate change, the chambers flooded for the first time in its history.

The chambers, located in the Palazzo Ferro Fini on the Venice Canal, hold the Veneto regional council. Andrea Zanoni, deputy chair of the environment committee and green activist, shared images on Facebook of flood waters rising into the council chambers shortly after last week’s vote.

“There is no more meaningful image of the water that floods the [chambers] and makes the representatives of the Venetian people flee, to illustrate all the inconsistency and the political nullity of the current miserable administrative action of this Venetian government led by Lega, Forza Italia and the Brothers of Italy,” Zanoni wrote in a post that has been translated from the original Italian.

Zanoni criticized Forza Italia, a center-right party, and others in the post for rejecting the amendments. Veneto Council President Roberto Ciambetti posted video of the flooding to Facebook.

“Never had such a situation occurred here (at the Council). The flood-proof bulkheads were not sufficient to contain the flood wave, nor was it possible to leave the building…It was preferred to guarantee safety and therefore to stay all inside the palace,” Ciambetti told CNN.

The barrier project, a series of underwater floodgates, has been under construction since 2003.Venice has sunk 6 billion euros into the Experimental Electromechanical Module, or MOSE—but in 2014 project leaders were found to have been diverting taxpayer money away from MOSE to bribe politicians. MOSE was supposed to be completed in 2011, but it’s now been pushed back to 2021 or 2022. The project was based on outdated rising tide projections that now threaten the fragile Italian capital. 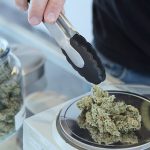 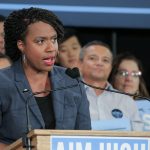 Ayanna Pressley at the Unity Rally - Cambridge, MA (CC BY 2.0) by Elizabeth Warren
Next Post