Avi Gupta, who took home $100,000 after winning a teen Jeopardy tournament this summer, is donating around ten percent of his winnings to cancer research in honor of host Alex Trebek.

The 18-year-old announced in a Twitter video that he would donate more than $10,000 for pancreatic cancer studies to the Knight Center Institute in Oregon, in honor of Pancreatic Cancer Awareness Month. His donation will also promote early detection of the disease.

“I was inspired to give by Alex Trebek,” Gupta says in the clip. “It was a dream come true earlier this year to finally join him on the ‘Jeopardy!’ stage … and I’m honored to be able to make this donation to the Knight Cancer Institute to support him and the millions of other people suffering from pancreatic cancer across the world.”

“Now, normally, the prognosis for this is not very encouraging, but I’m going to fight this. And I’m going to keep working and with the love and support of my family and friends—and with the help of your prayers also—I plan to beat the low survival rate statistics for this disease,” he said in a video posted on the show’s official YouTube account.

The longtime host has been met with an overwhelming amount of support from the public. This week, Dhruv Gaur, a contestant on the show took social media by storm after, stumped on the answer, he wrote, “What is, we love you, Alex,” with love being replaced by a drawn heart.

After reading Gaur’s answer Trebek said, “That’s very kind, thank you,” appeared to become choked up, and paused for a few moments before moving on with the show.

Trebek has appeared on the show for 35 years. In October, he said he’ll continue to host it as long as his “skills do not diminish.” 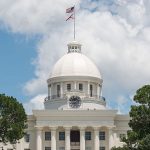 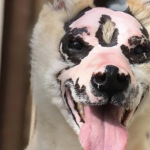