After going through a weeklong scandal involving leaked intimate video, an alleged affair and overall criticism, U.S. Representative Katie Hill has officially stepped down from her government position.

“I wasn’t ready for my time here to come to an end so soon,” Hill said in a resignation speech on the floor of the House of Representatives this Thursday. “It’s the reality I’m still grappling with and I will be for a long time to come.”

Hill announced her resignation last Friday after footage of her having intimate relationships with a staffer was released online. Kenny Heslep, Hill’s ex-husband allegedly released footage.

Hill, who is going through a divorce, admitted to an “inappropriate” relationship with a campaign staffer when she was running for Congress but denied she had a sexual relationship with a staffer in her office. Hill referred to Heslep as an “abusive ex-husband” and condemned the public for “enabling” him.

“The forces of revenge by a bitter, jealous man, cyber exploitation and sexual shaming that target our gender and a large segment of society that fears and hates powerful women have combined to push a young woman out of power and say that she doesn’t belong here,” Hill said.

“Yet a man who brags about his sexual predation, who’s had dozens of women come forward to accuse him of sexual assault, who pushes policies that are uniquely harmful to women, and who has filled the courts with judges who proudly rule to deprive women of the most fundamental right to control their own bodies, sits in the highest office of the land.”

The 32-year-old California Democrat, who was elected to the House of Representatives in November 2018, insisted that she doesn’t want her resignation “scare off other women” and pledged to lead the fight against misogyny, while reaffirming her commitment to creating a future  where “this no longer happens to women and girls.”

Her final act in office was voting for a resolution laying out formal rules in the impeachment inquiry against President Donald Trump.

“Today, as my final act, I voted to move forward with the impeachment of Donald Trump on behalf of the women of the United States of America,” Hill said. “We will not stand down. We will not be broken. We will not be silenced. We will rise. And we will make tomorrow better than today. Thank you. And I yield the balance of my time for now, but not forever.” 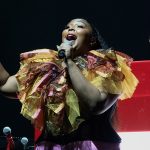 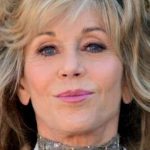