Last year’s Rainbow Wave of LGBTQ+ candidates in elected office is continuing into 2019: At least 80 queer and transgender candidates won their races in November’s special elections.

The victories follow the record number of LGBTQ+ candidates who ran for office in 2018.

Colorado Gov. Jared Polis became the first gay man to serve as a U.S. governor after winning his seat in 2018.

But the victories weren’t without a fight. Republican strategists and anti-LGBTQ+ groups are attempting to use transgender rights as the battleground issue to drive a wedge between social conservatives and Democrats ahead of the 2020 election. The group Family Foundation Action targeted Roem with Facebook ads, claiming she “sponsored a bill to force all insurance companies to pay for harmful and unnecessary ‘gender transition’ surgeries.”

Anti-trans messaging was also a factor in the fight for Kentucky’s governor seat. An anonymous donor group called the American Principles Project poured money into the race as a testing ground for this messaging. Ads that circulated prior to the election attempted to frame Democratic nominee Andy Beshear’s support for LGBTQ+ rights within the context of trans participation in school sports.

One ad portrays two high school girls competing in a wrestling tournament, but at the end a boy standing off to the side is declared the winner. The ad ends with, “Beshear calls this equality. But is it fair?”

According to a 2017 Daily Beast report, LGBTQ+ candidates need to win over 21,000 elected seats to achieve representation in the U.S.

Kaley LaQuea is an award–winning print and digital journalist who’s been creating content since 2008. She’s passionate about economic, environmental and social justice. She has an unhealthy relationship with caffeine and two cats: Totoro and Mononoke. 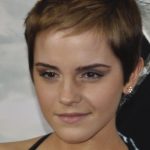 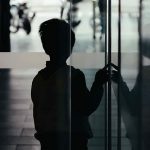