“Throw your ladders down, because it’s our time.”

In her acceptance speech for Glamour’s Women of The Year award, U.S. Women’s National Soccer champion Megan Rapinoe called on fans and players to utilize their platforms to empower others. Rapinoe specifically acknowledged quarterback and activist Colin Kaepernick, who has been effectively exiled from the NFL since 2016 for kneeling during the national anthem to protest police brutality against black Americans.

“It would be a slap in the face to Colin Kaepernick and to so many other faces not to acknowledge, and for me personally to work relentlessly to dismantle that system that benefits some over the detriment of others,” Rapinoe said. “And I’m not gonna act like my whiteness has nothing to do with me standing before you now.”

Rapinoe honored Trayvon Martin and Black Lives Matter movement co founder Opal Tometi, as well as activist and #MeToo founder Tarana Burke. She noted that while she’s gained an “incredible platform” for her activism off the field, her thrust into the national spotlight has been uncomfortable. This year alone, Rapinoe has won FIFA’s Best Women’s Player award became the second American woman to ever win the Golden Boot award.

Rapinoe and her partner WNBA player Sue Bird became the first same-sex couple to be featured on the ESPN Body Issue last year. She joined 27 of her teammates earlier this year in filing a lawsuit against U.S. Soccer for gender and pay discrimination, which is set to go to trial in May.

“I still know in my heart of hearts and in my bones that I can do more and that we can do more, and I know that because we just have to…it’s imperative that we do more,” Rapinoe said. 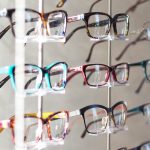 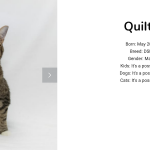