Missouri state health director Dr. Randall Williams testified before a state commission on Tuesday that he kept a spreadsheet of Planned Parenthood patients’ menstrual cycles. The document had information about patients who had sought abortion services, including the dates of medical procedures, gestational age of fetuses and the dates of patients’ last menstrual cycles. The revelation comes amid the clinic’s legal fight with the state to maintain its license to perform medical abortions.

In June, Missouri’s state health department denied the St. Louis clinic’s license renewal regarding “grave concerns” over patient care. During its investigation, the state found that four patients experienced failed abortions and had to return to the clinic to complete the procedure.

The spreadsheet included the information of these four patients and was emailed between state health employees with the subject line “Duplicate ITOPs with last normal menses date.” Planned Parenthood argued that the state “cherry-picked” rare complication cases out of the 4,000 or so abortions it performs annually.

State investigators attempted to interview medical providers who had performed abortions at the St. Louis clinic, some of whom initially refused. And because those providers were medical residents and fellows not employed with Planned Parenthood, the organization was unable to force them to cooperate. Planned Parenthood appealed the state’s June decision, arguing that the denial was retaliation precipitated by providers’ refusal to be interviewed. A  judge has ruled that the clinic’s license to perform abortion procedures remain in effect for now.

Williams, who has stated he is pro-life according to the Kansas City Star, enacted a statewide policy earlier this year requiring a pelvic exam three days before any surgical abortion, which doctors already perform. Planned Parenthood called the two-exam requirement “invasive” and “medically unnecessary.” Williams eventually reversed the policy.

Pro-choice organizations and women’s rights advocates have criticized Williams with the hashtag #TrackThisRandy, calling the spreadsheet an invasion of privacy.

The battle over the St. Louis clinic is part of a wave of restrictive abortion legislation in several states, including Missouri Gov. Mike Parson’s attempt this year to enact an 8-week abortion ban. The law was blocked by a federal judge in August. If the St. Louis clinic closes, Missouri would become the first state without an abortion clinic since the passage of Roe v. Wade. 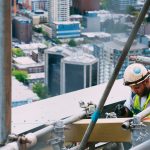 Construction Booms for High-End Apartments, But Most Americans Can’t Afford Them