The editorial staff at NBC’s digital news division announced that a group of roughly 150 employees plan to unionize. The move comes after more than a year of negotiations between workers and the network over staffing issues, diversity, layoff threats, and rising employee backlash against the network’s approach to sexual harassment.

“Recent weeks have highlighted serious questions as to how NBC News has handled incidents of sexual misconduct in the workplace,” wrote NBC employees in a recent mission statement. “NBC News repeatedly refused calls for an independent review on both counts despite numerous such requests from staff.”

Former NBC News correspondent Ronan Farrow’s book Catch and Kill, released earlier this month, depicts a damaging culture of cover-ups at NBC. Farrow reports in the book that while working on an exposé of Harvey Weinstein’s now-infamous pattern of sexual misconduct in 2017, Weinstein tried to leverage information about NBC News anchor Matt Lauer’s history of sexual assault to bury the story about himself. One of the allegations regarding Lauer involved former NBC employee Brook Nevils’ assertion that Lauer repeatedly sexually harassed her and then raped her in Sochi during the 2014 Olympic Games — allegations she reiterates in Catch and Kill.

“Weinstein made it known to the network that he was aware of Lauer’s behavior and capable of revealing it,” Farrow wrote.

Farrow also reports that the network refused to run his reporting on alleged sexual harassment and assault by Harvey Weinstein to protect Lauer, whose history of alleged sexual misconduct they were already aware of. In May 2018, NBCUniversal issued the findings of an internal report, stating there was no evidence that the network was aware of Lauer’s behavior. But according to Farrow, NBC entered into seven nondisclosure agreements over the years involving those who have accused Lauer of sexual misconduct before Nevils’ complaint, which ultimately led to Lauer’s firing from NBC in November 2017.

NBC News President Noah Oppenheim attacked the book after its release in mid-October, calling the allegation that executives knew of Lauer’s behavior a “smear.” “Without that, he has no basis on which to rest his second conspiracy theory — that his Harvey Weinstein reporting was squashed to protect Lauer,” Oppenheim said in a memo to staff obtained by the Los Angeles Times.

According to the LA Times, a generational divide is growing between staff at NBC regarding the network’s handling of such sexual assault allegations. Senior staff, including many female anchors, have expressed support for Oppenheim, while younger employees, who comprise the majority of the digital editorial staff, have been critical of leadership’s response and alleged cover-up involving Lauer and Weinstein. Staff announced that they unionized to publicly criticize the network without fear of retaliation.

This article is brought to you through a nonprofit, newsroom partnership with our friends at Supermajority News. 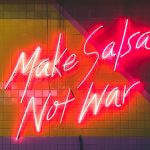 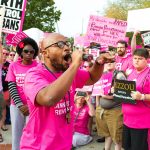