Nearly a century ago, Juno Frankie Pierce addressed the League of Women Voters of Tennessee at the state Capitol building. That day in the spring of 1920, Pierce defied segregationist Jim Crow laws to persuade those assembled about the power of Black women as voters. Three months later, the state would ratify the 19th Amendment, granting women the right to vote.

This month, community members and local officials gathered for the grand opening of Frankie Pierce Park, a  2.5-acre green space named for the prominent advocate for Black women’s voting rights. The park is located in Capitol View, the mixed-use urban district in the heart of downtown Nashville. Formerly known as Hell’s Half Acre, the Capitol View was once home to many people Pierce helped through her advocacy.

“We honor her for the community she represented and the struggle she knew was ahead,” Nashville Mayor John Cooper said at the park dedication ceremony.

In addition to her suffrage work, Pierce founded the Tennessee Vocational School for Colored Girls in 1923. The school taught girls with behavioral issues, some of whom had spent time in jail because they could not attend segregated institutions. A prolific organizer, she mobilized the City Federation of Colored Women’s Clubs and the Negro Women’s Reconstruction Service League to gain political support for the school. Pierce died in 1954, in the early days of the Civil Rights Movement to end racial discrimination.

The 2018 elections exemplified the power of the Black women’s voting block, which Pierce championed, as this group help to swing races in favor of Democrat candidates nationwide.

A modern park with amenities such as a children’s playground and a dog park, Frankie Pierce Park adds much-needed green space to downtown Nashville, and honors the determination of a woman ahead of her time. 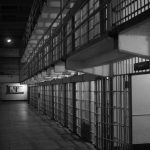 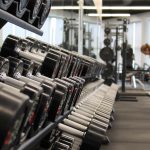