Rep. Ayanna Pressley (D-Mass) wants to revolutionize the justice system, and, to do so, is calling for the decriminalization of sex work and abolishing cash bail, among other policies.

On Nov. 14th, the freshman congresswoman introduced The People’s Justice Guarantee, a resolution—describing “a new progressive vision for decarceration and justice in America,”—which focuses on reducing the number of people incarcerated and transforming the purpose and experience of the criminal legal system.

The resolution notably aims to decriminalize sex work by “removing criminal and civil penalties related to consensual sex work and addressing structural inequities that impede the safety, dignity, and wellbeing of all individuals.”

“Black and brown women, especially Black and brown trans women, have been historically and unjustly over-policed and over-criminalized, including within the sex work industry,” Pressley told the HuffPost. “We need to ensure their safety to the fullest extent possible and that means limiting their interactions with police by fully decriminalizing sex work and alleviating the structural inequities that lead to it.”

Black and brown communities unjustly make up 31% of America’s population but 56% of the incarcerated population.

To combat that disparity, the People’s Justice Guarantee proposes a participatory process through assemblies, town halls, listening sessions, and workshops to ensure that communities directly impacted by mass incarceration and historical oppression are actively involved in the justice process.

“You cannot have a government for and by the people if it is not represented by all of the people,” Congresswoman Pressley said in a press release announcing the resolution. “For far too long, those closest to the pain have not been closest to the power, resulting in a racist, xenophobic, rogue, and fundamentally flawed criminal legal system.”

In the bill, the congresswoman argues that the justice system is not equal because of profit-making mechanisms put in place such as private prisons, bail bondsman and other procedures that “rake in billions of dollars at the expense of incarcerated people.”

Pressley makes the point that prison should be a last resort, not the first stop. Right now, even though the United States accounts for 4% of the world’s population, it makes up for 22% of the entire world’s prisoners. Because of that, Pressley denounces harsh laws that contribute to what she refers to as the “mass incarceration era” including the “94 crime bill.”

Originally written by then-Senator Joe Biden of Delaware, passed by Congress and signed into law by President Bill Clinton, the “94 crime bill” specifically sought to prioritize arrest and incarceration over restorative justice and rehabilitation. That law, and many others passed in the last two decades, economically encouraged states to lock up more people for longer periods of time.

The People’s Justice Guarantee pledges to create a more just and equal society by reimagining safety and dismantling discriminatory aspects of the current criminal injustice system.

“The People’s Justice Guarantee is the product of a symbiotic partnership with over 20 grassroots organizations and people impacted by the discriminatory policies of our legal system,” Pressley said. “Our resolution calls for a bold transformation of the status quo – devoted to dismantling injustices so that the system is smaller, safer, less punitive, and more humane.” 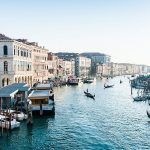 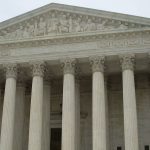