The drama started when the taco company parked one of its trucks at the Buffalo Federal Detention Center and served lunch to workers on Wednesday, October 23. When patrons took to social media to express their dismay and threaten to boycott, Lloyd issued an apology on Twitter that read in part: “Yesterday, we made an honest mistake by serving lunch at the federal detention facility in Batavia. We’re sorry.”

The statement went on to highlight Lloyd’s support of local immigrant and refugee communities, and promise to “update our internal procedures to ensure future truck stops and events align with our company’s values.”

The statement drew the ire of politicians and ICE officials, who questioned why it was so horrible for the vendor to serve workers who help protect national security. In a statement to CNN, Ice Buffalo Field Officer Thomas Freely said:

“We are doing our jobs, enforcing the laws passed by Congress. Just like we have for many presidents. We will not apologize for doing this, not even to a food truck that now chooses to discriminate against us.”

Having unwittingly stumbled into a political minefield, the taco company soon issued another apology to placate customers offended by the first one.

Lloyd co-founder Pete Cimino and co-owner Chris Dorsaneo addressed the controversy at an October 28 news conference, conceding that perhaps they were too hasty with their initial remarks. Peter Cimino also sought to assure patrons that Lloyd is not in the business of politics, saying, “We make tacos, not war.” 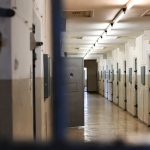 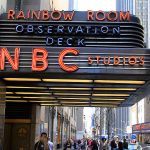