Curtis and Katie Ferland traveled to Sonoma County to get married, but they weren’t prepared for the intense smoke that enveloped the vineyards as wildfires burned nearby. There was so much smoke that the couple gave their wedding party protective masks to wear.

Karna Roa, the wedding photographer who captured the striking image, told NBC Bay Area it was the third year in a row she’d photographed weddings in wine country with smoke from wildfires present.

Curtis Ferland told NBC that his new wife Katie didn’t initially want to take the photo with masks on; she had to be convinced. The image has since sparked a conversation online about climate change, or what Twitter user, Matt Jacques, called “American Gothic for the Anthropocene.”

The Kincaide fire has already forced thousands of evacuations and left millions without power.

More than 5,200 firefighters are working to put it out. The San Francisco Chronicle reported Thursday morning that the fire had been 60 percent contained.

Fifteen out of 20 of California’s worst fires have occurred since 2000, with the state’s average summer temperatures increasing by about 3.5 degrees in the last century, according to National Geographic. The Camp fire, which burned 240 square miles of the state in 2018, was one of the most destructive and expensive in California’s history. It was sparked by Pacific Gas and Electric Company’s faulty equipment, and reports suggest something similar caused the Kincaide blaze.

Jennifer Montgomery, the director of the California Forest Management Task Force spoke with NPR about the role of climate change and how it will impact wildfires. California’s wildfire season is now, on average, two months longer over the past several decades. With declining winter precipitation, drought, and extreme winds and heat being experienced throughout California, Montgomery says climate change models predict that more of the state will be affected by wildfires of increasing intensity. 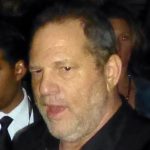 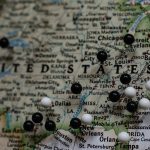