Singer Kesha and the U.N. Human Rights organization presented the award to Lauper during her “Home for the Holidays” benefit concert in Los Angeles.

“The High Note Global Prize celebrates artists that have leveraged their musical gifts to create a platform to promote social justice,” said David Clark, who created The High Note Global Initiative. “We are delighted to recognize and honor Cyndi Lauper as the 2019 High Note Global Prize Laureate. For decades she has promoted human rights, been a voice and active participant for change, and inspired people around the world to be tolerant and true to themselves,” he said.

“This global award holds a special place for artists,” Kesha said as she opened the ceremony. “It is given to a remarkable person who uses their musical gifts to promote human rights and to speak truth to power,” she added.

In 2011 Lauper helped launch the True Colors Residence for LGBTQ youth in Harlem. The opening of the thirty-bed shelter was followed by the opening of True Colors Bronx in 2015. That year, Lauper testified before the U.S. Senate Sub-Appropriations Committee on Transportation and Housing and Urban Development, which helped in securing some $250 million in new annual funding over the past four years to curb youth homelessness throughout the country.

“I myself was a homeless youth as a teen. I could have lost my future but I was lucky,” Lauper said during the April 2015 hearing. “I found a youth hostel that helped me and directed me to getting a GED, and get back into society, into the system,” she said.

A national survey published by researchers at the University of Chicago, revealed that 1 in 10, or 3.5 million youth between the ages of 18 and 25 experience homelessness in a given year. And according to the Williams Institute, 40 percent of homeless youth served by housing agencies identify as LGBT.

“Yeah, the homeless situation gets me,” Lauper said in a 2018 interview with The New Yorker.  “Just does. It’s hard to live in the cold. I lucked out. I’m not there. But it doesn’t mean I forgot and that I can’t help,” she said. 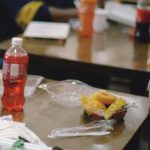 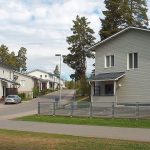 Finland’s Progressive Approach to Reducing Homelessness Is Paying Off