“Chicken nuggets and sloppy joes are in the same class of substances as cigarettes,” said Brooklyn Borough President Eric Adams, when he voiced support for a ban of processed meat in New York City schools. “We know that we would never give our children cigarettes to smoke, so there’s absolutely no reason why we should continue poisoning our children’s health with processed foods.”

The New York City Council has since passed Resolution 238, effectively removing foods such as bacon, sausages, hot dogs and ham from the menu in over 1,700 schools.

Councilman Fernando Cabrera introduced the so-called “Ban the Baloney” resolution in the spring of 2018, based on a World Health Organization report that called processed meats Group 1 carcinogens, with each 50 gram serving (about 2 bacon strips worth) eaten daily potentially increasing the risk of colorectal cancer by 18 percent.

“Right here in the Bronx where we are number 62 out of all of the counties when it comes to health, we need to do better,” Cabrera said to FOX5 News referencing the latest nationwide report of county health rankings.

Close to 40 percent of New York public school children in kindergarten through 8th grade are overweight or obese, according to the NYC Department of Health and Mental Hygiene. In addition, the rate of obesity among black and Latino students, respectively, is 65 and 97 percent greater than among white students.

While motivated by the well-being of children, Cabrera also revealed that, “on a personal note, I made the choice to adopt a plant-based diet to protect my own health, so I firmly believe that we must do all that we can to ensure that our children eat properly.”

New York City has the largest public school system in the country and serves about 940,000 meals including breakfast and lunch to students each school day. The city had introduced Meatless Mondays to public schools last March, with Mayor Bill de Blasio saying, “Cutting back on meat a little will improve New Yorkers’ health and reduce greenhouse gas emissions.”

The push to cut back has also come from students. VegNews reports how The Coalition for Healthy School food, a youth-led initiative, worked with NYC public schools to add at least one vegan option to their meals rotation. The group has support from Adams, who switched to a vegan diet to help fight his type 2 diabetes. On a related note, seven schools in the Los Angeles School district have also piloted a vegan lunch program.

In New York City, the ban took effect in September, just as a controversial report appeared to debunk prevailing dietary guidelines about meat consumption. According to new research published in the Annals of Internal Medicine, the health benefits of cutting meat, including processed meats, are minimal.

Still, advocates like Adams think that processed meats cause more harm than good: “We cannot continue feeding our children substances that are scientifically proven to increase their chances of cancer later in life,” he said. Beyond the health risks are environmental implications—a 2006 Food and Agriculture Organization report estimated that livestock were the source of about 18 percent of human-caused greenhouse gases.

Even with the ban, students will still have a variety of healthy options. The website for the city’s Office of Food & Nutrition Services states, “Over the past decade, we have made tremendous strides in improving the nutrition and taste of our meals. We are committed to promoting healthy food choices among our students and maintaining high nutritional standards while offering delicious and satisfying menu choices.”

As the city cleans up public school menus, another popular item may soon be on the chopping block: chocolate milk. 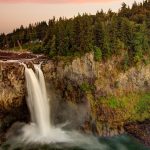 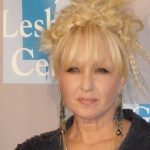 Photo by Greg Hernandez, Cyndi Lauper at An Evening With Women event, Cropped., CC BY 2.0
Next Post