After more than a decade, the Snoqualmie Tribe of the Puget Sound area was successful in regaining ownership of its land surrounding Snoqualmie Falls in western Washington.

“We have cousins, we have aunts and uncles at Muckleshoot,” Tribal Chair Carolyn Lubenau told KING 5. “I know they know our grandparents walked here together. These are their ancestral bones as well.”

The city of Snoqualmie has developed the area north of the falls in recent years to accommodate growth, and sacred artefacts were found during the construction of a roundabout.

The area is an ancestral burial ground, and the tribe says that the purchase “halts a planned development that would have disturbed generations of Snoqualmie ancestors in their final resting places.”

The concept of land reparations has gained traction outside of Indigenous communities recently, as federal lands across the country are returning to tribal lands. This year saw what is believed to be the first case of a voluntary land return by a government (which wasn’t precipitated by a sale, lawsuit or trade), when the city of Eureka, CA signed the deed to Duluwat Island back to the Wiyot people after more than a century. And though the 202 acres returned to the Wiyot people in October was significant, the tribe had pushed for decades for the return, raising over $100,000 in 2000 to purchase 1.5 acres at the northern tip of the island. Four years later, Eureka officials approved a resolution to give back an additional 45 acres.

The Tribal Fairness Act, which passed in 2018 after seven rejections in the U.S. Senate, returns over 30,000 acres of land in western Oregon to the Cow Creek Band, Coos, Lower Umpqua, and Siuslaw tribes.

“This is pretty rare. It shouldn’t be, but it is,” Cris Stainbrook, president of the Indian Land Tenure Foundation told Mother Jones. 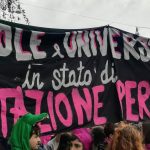