“It took them 70 years to recognize we had done a good job,” said Indiana Hunt-Martin, one of seven surviving members of a pioneering World War II postal unit. The 97 year-old veteran spoke at a recent event honoring the 6888th Central Postal Directory Battalion, the only unit composed entirely of Black women to serve in Europe during World War II.

Now, a new documentary calls attention to the battalion’s mission, and the discrimination that members like Hunt-Martin endured while serving in the military. Lawmakers in the House and Senate have also introduced legislation to award the unit the Congressional Gold Medal, which expresses national appreciation for the distinguished contributions and achievements of honorees.

Hunt-Martin spoke at a screening of the film, titled “The Six Triple Eight: No Mail, Low Morale,” during the Association of the United States Army’s annual meeting held in Washington, DC this past October. She recalled her experiences as a private in the Women’s Army Auxiliary Corps, and how she signed up after graduating from high school in Niagara Falls, New York and working as a fruit picker.

“Eighty, 90 years ago, it was kind [of] hard for blacks to get a decent job,” she said. As a member of The Six Triple Eight, she was deployed to Birmingham, England, and then to Rouen, France in 1944-45. The battalion had the task of reconciling a postal error that created an initial backlog of roughly 17 million mailings to American soldiers. Under the direction of  Lt. Col. Charity Adams Earley, the first Black officer in the Woman’s Army Corps., they worked long days and completed their Birmingham assignment in three months: half at the allotted time.

“It was kind of rough for us for a while,” Hunt-Martin said. “The mail was piled … you couldn’t imagine how high up it had gotten.”

After Hunt-Martin returned home after the war, she eventually found a job with the Labor Department office in Niagara Falls. As the only Black employee, she faced racist workplace policies as first. “They didn’t know what to do with me. They stuck me there in the back, filing stuff,” she said.

For a time, Hunt-Martin and the rest of the 855-member battalion was forgotten. Then in 2016, the unit was inducted into the U.S. Army Women’s Hall of Fame. Last year, the 6888th Monument was unveiled at Fort Leavenworth, Kansas. In addition, Sen. Jerry Moran, R-Kan., introduced legislation in February calling for the unsung women to receive the Congressional Gold Medal. Rep. Gwen Moore, D-Wis. has also introduced a companion bill in the House.

Throughout the war, Six Triple Eight clung to a sense of duty and their mantra of ‘No mail, low morale.” The letters and parcels they handled brought soldiers much needed encouragement. Finally, their service, which paved the way for future women of color in the military, is gaining recognition. 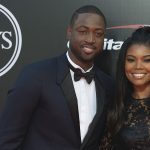 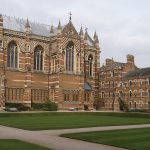 "University of Oxford" (CC BY 2.0) by Hugo Pardo Kuklinski
Next Post