Climate change has been known to affect women in particular, and a new study just added the possibility of giving birth early to the list of potential risks.

According to the study, warmer temperatures are putting women at risk of giving birth early on days when temperatures soar past 90 degrees Fahrenheit. On days like that, birth rates increase by 5 percent. There’s a surge in birth rates on the following day as well, probably because labor and delivery continued from the day before, the study concludes.

The average reduction in gestational length is about 6.1 days according to the study’s findings, but in some cases, babies were born up to two weeks early. When babies are born early, one complication that’s commonly seen is low birth weight. Infants with low birth weight may have problems with underdeveloped lungs and breathing, trouble regulating temperatures, infections shortly after birth, and occasionally, atypical brain development.

“Acceleration of childbirth leads to shorter gestation, which has been linked to later health and cognitive outcomes,” the authors of the study wrote. “An average of 25,000 infants per year were born earlier as a result of heat exposure, with a total loss of more than 150,000 gestational days annually.”

With the climate crisis expected to bring more extremely hot days, early births could become a much bigger problem in the United States and around the world. If current climate change trends continue unabated, the researchers project that there will be 250,000 lost gestational days per year by the end of the century. 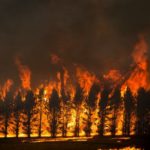 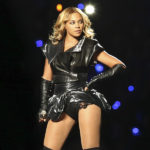