A new study by researchers at the University of Cambridge shows that the connectivity between mothers’ and babies’ brains increases when mothers express more positive emotions. This connection may help the infant’s learning capacity and brain development.

How positivity pays off.

“At this stage of life, the baby brain has the ability to change significantly, and these changes are driven by the baby’s experiences,” said Dr. Vicky Leong, who led the study as a member of the University of Cambridge’s Department of Psychology. “By using a positive emotional tone during social interactions, parents can connect better with their infants, and stimulate development of their baby’s mental capacity.”

The research, which appeared in the NeuroImage journal, examined brain signals in mothers and infants as they interacted with each other. During these interactions, researchers observed a phenomena known as interpersonal neural connectivity, where mothers and their babies tend to sync their brain waves and operate together as a network. Moreover, the study found that positive interactions with plenty of eye contact strengthened this connection and the flow of information between mother and child. The finding suggests that babies of mothers suffering from depression have a weakened neural connection with their child, which can adversely affect their brain development.

“Depression can have a powerfully negative effect on a parent’s ability to establish connections with their baby. All the social cues that normally foster connection are less readily available to the child, so the child doesn’t receive the optimal emotional input it needs to thrive,” said Dr. Leong.

This pioneering study is the first to use brain imaging in the study of two related individuals to see whether babies’ neural connection with they mothers is impacted by the emotional tone of their interactions.

Positive persistence pays off, too.

A 2017 study published in the Science journal also examined the ability of babies to learn from interactions with adults. Specifically, researchers set out to observe whether parents’ emotional response when confronted with a difficult task would determine how an infant responds when presented with their own challenging task.

In this case, MIT researchers found that babies as young as 15 months can learn persistence in the face of challenges. The experiment showed that infants who watched an adult struggle with their tasks (removing a toy frog from a container and removing a key chain from a carabiner) before succeeding, tried harder to complete their challenge (pressing a button to turn on a musical toy) as compared to babies who observed an adult succeeding with little to no effort.

“There’s some pressure on parents to make everything look easy and not get frustrated in front of their children,” says Laura Schulz, senior study author and professor of cognitive science at MIT. “There’s nothing you can learn from a laboratory study that directly applies to parenting, but this does at least suggest that it may not be a bad thing to show your children that you are working hard to achieve your goals.”

Much like in the recent mother and infant brain imaging study, researchers concluded that direct interaction with the babies significantly impacted outcomes. Eye contact, persistence and direct communication motivated babies to try twice as hard as when the infants acted without any engagement from adults.

Taken together, these studies underscore the importance of positive attitudes, engagement, and modeling on the part of parents as a means of fostering brain development, communication, and problem-solving skills in children from an early age. 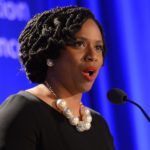 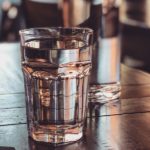