A new study has concluded that per- and polyfluoroalkyl substances (PFAS) contamination of drinking water is “far more prevalent than previously reported.”

“The results confirm that the number of Americans exposed to PFAS from contaminated tap water has been dramatically underestimated by previous studies, both from the Environmental Protection Agency and EWG’s own research,” the study read.

PFAS are a group of man-made chemicals that can accumulate and stay in the human body for long periods of time. They are known as “forever chemicals” because once released into the environment, they do not break down.

According to the United States Environmental Protection Agency (EPA), there is evidence that exposure to these PFAS can lead to adverse health outcomes including reproductive and developmental defects, liver and kidney diseases, and immunological effects. Other repercussions from the chemicals are cancer and thyroid hormone disruption.

“Based on our tests and new academic research that found PFAS widespread in rainwater, EWG scientists now believe PFAS is likely detectable in all major water supplies in the U.S., almost certainly in all that use surface water,” the study read. “EWG’s tests also found chemicals from the PFAS family that are not commonly tested for in drinking water.”

The water samples, collected by staff or volunteers, were analyzed by an accredited laboratory which found that “of tap water samples from 44 places in 31 states and the District of Columbia, only one location had no detectable PFAS, and only two other locations had PFAS below the level that independent studies show pose risks to human health.”

In addition, the study adds that one of the reasons that little action is taken to solve this problem is that since PFAS is not regulated, utility companies that have opted to test independently are not required to disclose or report their findings to state drinking water agencies or even the EPA.

According to the study, the only sample without detectable PFAS was from Meridian, Miss., which draws its drinking water from wells more than 700 feet deep. 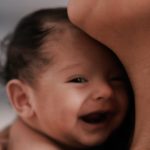