“I don’t know if I can trust the court anymore. I was just trying to do the right thing,” Paulina Martinez told the Denver Post in January. After an intoxicated argument with her partner escalated and police became involved, Martinez was charged and pled guilty to disorderly conduct. The charge was dismissed after she completed mandatory counseling, but the damage was done — the case put her on ICE’s radar for deportation.

“I was nervous, but I somehow felt safe knowing that it was a small court. It was considered to be a small case,” Martinez told the Post. “In my eyes, it was a misunderstanding, and I was willing to go and show up to court and just do the right thing and explain myself. I knew there were consequences and I wanted to make sure I did everything right.”

Stories like Paulina’s are all too common — good faith efforts to engage in the justice system land immigrants in unpredictable circumstances, often accompanied by threats of deportation. Since President Trump took office, there’s been a sharp rise in ICE presence at municipal and district courthouses — 1500% in some cases. The increase has created a chilling effect among immigrants — including witnesses and victims of crime and domestic violence — who attempt to engage with courts in efforts to seek justice. Several states are now moving to enact legislation limiting federal immigration agents’ access to courthouses.

A bill to prohibit civil arrests on courthouse grounds passed Colorado’s Senate last week and is expected to become law. Both Colorado and Washington state, which introduced similar legislation that has passed a House committee, aim to join California, Oregon and New York in prohibiting such arrests without judicial warrants. Alongside state courts, municipal courts in Seattle and Albuquerque have also taken steps to limit warrantless courthouse arrests.

“Arrests in courthouses have interfered with judicial proceedings…” Oregon Supreme Court Chief Justice Martha Walters stated in November. “We are adopting this rule to maintain the integrity of our courts and provide access to justice.”

In a November letter responding to Oregon’s policy, Attorney General William Barr and Acting Homeland Security Secretary Chad Wolf stated that “an administrative arrest warrant is all that Congress requires for authorities to make an arrest of an alien inside the United States for violations of federal immigration laws.”

In June, U.S. District Judge Indira Talwani halted the practice of courthouse arrests in Massachusetts, the first judicial order of its kind in the country. ICE appealed the injunction, and the U.S. Court of Appeals granted the appeal in September. 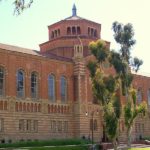