During a chat with Yahoo Finance, Warren Buffett was asked how we can repay the “war veterans” of the COVID-19 outbreak — the grocery clerks, health care providers, and other essential workers — who’ve kept the country pushing forward in a crisis.

His answer was simple:

Reimagine our labor laws and social programs to enhance their quality of life.

“We are a rich, rich, rich country,” the Berkshire Hathaway CEO said. “The people who are [in working-class roles], they are contributing a whole lot more than some of the people who came out of the right womb.”

Buffett said we should be aiming for a reality where “anybody who works 40 hours a week can have a decent life without a second job. … Nobody should be left behind.”

Although the billionaire businessman noted we’ve made big investments toward economic equality before — such as the creation of social security in the 1930s — more needs to be done to curb the 21st-century wealth gap.

“I hope we, as a country, move in a direction where [working class] people get treated better,” Buffett said, noting those investments won’t hinder economic prosperity for others. “It isn’t going to hurt the country’s growth.” 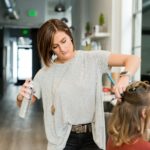 Hairstylists Share Their Pet Peeves and You’ve Probably Done Them 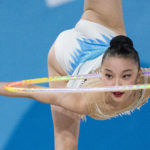