Megastar Billie Eilish, the youngest person to ever win Song of The Year at the Grammys,  has been among the most outspoken celebrities on the importance of mental health. She’s often shared her own experiences, speaking out about her personal battles with depression and other mental health issues. Recently, she made her Vogue cover debut and shared one especially important piece of advice.

Eilish began the interview by stating that she has always been fascinated with dark subjects and how her bout with depression began at the young age of 11, which even led to her writing a song about her depressing thoughts.

Eilish stated that she was officially diagnosed with depression in her early teens — and her relationship with mental health and her self-image had been an uphill battle ever since. “I just hated my body. I would have done anything to be in a different one,” she said.

However, even through all of her own trials, Eilish has been very adamant about speaking out about mental health in a way to help others. When asked about any advice, she had she stated, “When people ask me what I’d say to somebody looking for advice on mental health, the only thing I can say is patience,” Eilish said.

“I had patience with myself. I didn’t take that last step. I waited. Things fade.”

Thank you Billie for sharing your struggle with anyone who might be going through something similar.

Check out more about what Billie Eilish has to say about mental health at Refinery 29. 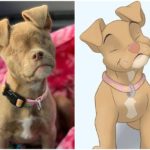 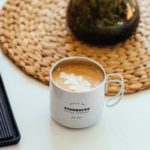