If Trump’s Looking for a ‘Hoax,’ the Mirror Is a Good Place to Start: Pelosi

President Donald Trump regularly calls stories he doesn’t like “hoaxes” – and usually in all-caps tweets. But which recent reports inspired House Speaker Nancy Pelosi (D-CA) to issue a unique clapback in which she suggested the president look in the mirror if he’s looking for hoaxes?

As NBC News reported, Pelosi made the tongue-in-cheek quip when discussing a wide range of topics Trump has called “hoaxes,” including his campaign rally claim that Democrats have turned the COVID-19 pandemic into a political witch hunt and reports that the White House knew about alleged Russian bounties for U.S. soldiers as early as 2019.

“He’ll say this is a hoax, and it’s a hoax that they are 24/7 trying to disrupt our election as they did in 2016,” Pelosi told NBC’s Stephanie Ruhle in an interview.

In 2018, after the U.S. intelligence community and the Republican-led Senate Intelligence Committee confirmed that Russia had interfered in the 2016 presidential election, Trump called the inquiry a “witch hunt.”

More recently, reports have surfaced that the White House knew about Russia paying bounties on U.S. troops to the Taliban — and failed to act. President Trump said neither he nor Vice President Mike Pence were briefed about the reports and went on to suggest in an angry tweet thread that the “fake” New York Times, a constant source of his ire, made the story up.

In the same NBC interview, Speaker Pelosi questioned why Trump would be so quick to dismiss a story with such grave potential consequences for American service members.

“You just wonder what the president would be thinking if this kind of intelligence had come forth about any other country, but every time it’s Russia, as I’ve said over and over,” she said. “With this president, all roads lead to [Russian President Vladimir] Putin.”

Pelosi also noted that Trump has claimed, erroneously, that Democrats are overblowing the COVID-19 pandemic as a “new hoax.”

“He says the coronavirus is a hoax,” the House Speaker told Ruhle. “The fact is the president himself is a hoax.” 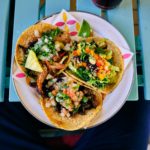 Before Thinking About Dusting off Your Passport, Travel to These 12 U.S. Destinations! 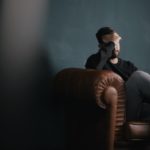 How to Keep Up with Your Mental Health During the Pandemic