NBA Superstar Lebron James is much more than just a basketball player, he’s an outspoken advocate for racial justice and equality. One of the biggest issues on his list this year has been voter suppression, which he tweeted about during the primary elections.

One Twitter user noted that it took one lady in Atlanta, Georgia up to 3 hours to cast her vote. However, when the woman drove to a predominantly white polling station in the suburbs, there were virtually no lines. James took note and did not stay silent.

LeBron raised an interesting question. People oftentimes talk about voting as the best way to affect change, but what if the task of voting itself is made difficult? What if HOW we vote is structurally discouraging voter turnout, especially among people of color?

Along with business partner Maverick Carter, LeBron joined Michigan Secretary of State Jocelyn Benson to create the More Than A Vote initiative. Their mission, especially for first-time voters, is to let them know about the process and how to troubleshoot if things go astray, especially since many won’t be voting traditionally this year.

They’ve recruited NBA teams such as the Detroit Pistons and Atlanta Hawks to volunteer their facilities to fight voter suppression. Atlanta will open up State Farm Arena as an early voting precinct, while Detroit will open its performance center as a satellite office for voter registration and absentee ballots. The organization expects more NBA teams to get involved, as well as other organizations in other sports leagues all around the country.

This is just one of the latest political efforts LeBron has been involved in. He previously worked with Benson on the Ross Initiative in Sports for Equality’s (RISE) board since the organization’s founding in 2015. James had campaigned for Hillary Clinton in his home state of Ohio during the 2016 presidential election and has never been afraid to dip his toe into political waters. He is living up to his declaration that he “will definitely not shut up and dribble”. Check out the full scope of what LeBron is up to this election season over on Yahoo! Sports. 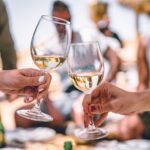 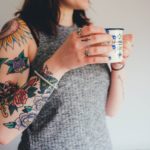 What Your Zodiac Sign Says About Your Perfect Tattoo