Four Objects Unlike Anything Seen Before Spotted In Deep Space

There’s something unusual lurking out in the depths of space. Earlier this summer, astronomers in Australia reported the discovery of four faint objects. Reading the radio wavelengths of these “somethings”, they were able to determine that they’re highly circular and bright along their edges. This makes them unlike any category of astronomical objects that have ever been previously recorded.

These mysterious items were described as “distant ring-shaped islands”. Of course, they had to give them a scientific name, dubbing the quartet ORCs, an acronym that stands for odd radio circles, given their shape and peculiarity. They were found nowhere near the Milky Way’s galactic plane, but scientists have yet to determine exactly how distant they are. They suggest they could be linked to activity galaxies far, far away.

So far, occurrences like supernovas, star-forming galaxies, planetary nebulas, and gravitational lensing — a magnifying effect due to the bending of space-time by nearby masses (seriously, what?), have been ruled out. Astronomers’ best guess so far is that the ORCs could be shockwaves leftover from some sort of extragalactic event or possibly activity from a unique radio galaxy.

“History shows us that when we open up a new space to explore … we always find new and exciting things,” says Kristine Spekkens, an astronomer at the Royal Military College of Canada.

The findings are still in review to be published in the journal Nature Astronomy. It’s incredible how much we’ve yet to learn about what lies beyond our planet! Read more about these findings over at Live Science. 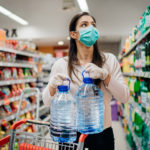 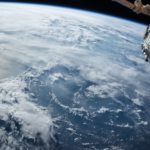 The South Atlantic Anomaly: The Bermuda Triangle of Space