The South Atlantic Anomaly: The Bermuda Triangle of Space

Scientists may not like the phrase, “The Bermuda Triangle of Space,” but it describes something quite phenomenal happening right in our backyard. Like the Bermuda Triangle, the South Atlantic Anomaly (SAA) can be a dangerous region for space travelers and spacecraft alike.

What is the South Atlantic Anomaly?

The intensity of radiation in the SAA is equal to being hit by 10 million electron volts at a rate of 3,000 hits per square centimeter. This can cause major malfunctions in electronic and navigational systems and can be deadly for humans. Astronauts wear devices that measure their exposure to radiation to ensure their safety and spacecraft require heavy shielding for protection.

Do we have anything to worry about?
Some scientists believe that the growth of the SAA is an early sign of a reversal in our magnetic field; others wonder if that magnetic field could ever disappear entirely. The disappearance of the Earth’s magnetic field is likely not something to worry about for billions of years. The real concern is protecting our astronauts and spacecraft as we explore space. To read more about the South Atlantic Anomaly check out this article. 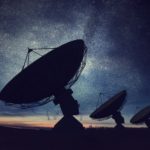 Four Objects Unlike Anything Seen Before Spotted In Deep Space 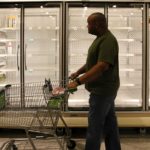 Is It Safe to Get Food and Groceries Delivered During COVID-19?