The Most Famous Art Heist Of All Time

The Isabella Stewart Gardner Museum in Boston was once the home of a Victorian-era socialite who loved art. The museum housed an estimated $500 million worth of art, but on St. Patrick’s Day of 1990, that all changed.

When two police officers arrived at the door of the museum in the middle of the night, the security guards didn’t hesitate to let them in, but when the officers produced warrants for the guards’ arrest things started to get strange.

After the officers handcuffed the guards, they explained that they were robbing the museum and locked the guards in the basement. The motion detectors in the museum traced the thieves’ movements and recorded them spending 34 minutes in the museum stealing art.

The heist is regarded as the most famous of all time, not only because of the value of the art involved, but also because of the countless people who have tried to solve the mystery and failed. The reward offered by the museum is now up to $10 million dollars making it the largest reward for stolen art.

In 2013, the FBI announced that it knew the identities of the original thieves and that they were believed to be dead. The stolen art was tracked to a 2003 mob deal, but authorities have still not been able to find the paintings. 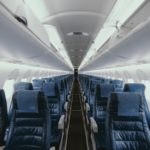 Read This Before Getting on a Plane 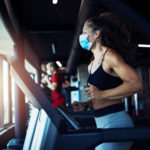 Rank Your Risk For COVID-19