History is being made in America for all the right reasons: Over 220 LGBTQ+ candidates have been elected to government offices around the U.S. under President Joe Biden, and, we have our first openly transgender federal official after Dr. Rachel Levine was confirmed as assistant secretary for health by the senate. Additionally, Biden quickly overturned the Trump Administration’s ban on transgender people serving in the military.

Pediatrician and former Pennsylvania physician general Dr. Rachel Levine graduated from Harvard and Tulane Medical School and has previously worked as a professor of pediatrics and psychiatry at the Penn State College of Medicine. She is well known for her research into the opioid crisis, medical marijuana, adolescent medicine, eating disorders, and LGBTQ+ medicine.

President Biden said, “Dr. Rachel Levine will bring the steady leadership and essential expertise we need to get people through this pandemic—no matter their zip code, race, religion, sexual orientation, gender identity, or disability—and meet the public health needs of our country in this critical moment and beyond,”

In March 2018, Donald Trump banned most transgender people from serving in the military, citing a “critical risk to effectiveness and lethality.” This ban stated that only transgender individuals with no history or diagnosis of gender dysphoria were allowed to serve as their “biological sex.” This effectively left as many as 15,000 deployed and active-duty transgender troops in limbo.

During his first week in office, President Biden signed an executive order to reverse Trump’s transgender ban, stating, “All Americans who are qualified to serve in the armed forces of the United States should be able to serve. The all-volunteer force thrives when it is composed of diverse Americans who can meet the rigorous standards for military service, and an inclusive military strengthens our national security.”

The order requires the secretary of defense and secretary of homeland security to report back to the White House within 60 days and immediately revisit the records of those who were involuntarily affected by Trump’s ban. 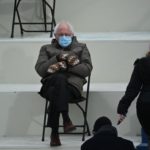 Bernie Sanders: the Man, the Meme, the Legend 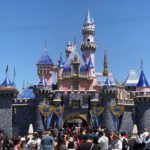