Google Harry Styles and you will find headlines like “How 2020 (And Harry Styles) Saved the Guitar,” and “How Harry Styles—Music and Fashion’s Renaissance Man—Got Me Through 2020.” While it’s no secret that the boundary-breaking Brit was one of the most beloved celebrities last year, it begs the question, is he really all that and a bag of er, crisps?

Admittedly, it’s hard to miss that people love Harry and his hits like “Watermelon Sugar” but there is a lot to unpack when it comes to his rise to fame and popularity.

Styles has come a long way from the skinny jeans and hoodie combo from his One Direction days. His fashion sense has really started to shine through over the last few years (literally). He pretty much claimed the pastel sweater and ‘70s trousers look, and let’s not forget when he turned heads at the 2019 Met Gala donning a sheer lace Gucci top with a matching manicure.

In December’s issue of Vogue, he graced the cover wearing a lace-trimmed dress, causing right-wingers like Ben Shapiro and Candice Owens to plead, “bring back manly men.” However, we don’t think this opinion got under Styles’ skin or any of his fans. The cover even catapulted a viral TikTok trend in which men wore dresses, just to prove that they can.

Turns out yes, they can. However, Styles isn’t the first to do it. Some of the biggest names in music had previously rejected gender norms and toxic masculinity: Hello, David Bowie, Prince, and Freddie Mercury—to name just a few. More recently Jaden Smith has modeled skirts and dresses, and didn’t stir up as much attention as Styles.

Recently, photos of Styles and Olivia Wilde holding hands surfaced on the internet. The two were seen together at a wedding and the dating rumors bloomed. They worked together on the upcoming film “Don’t Worry Darling” which Wilde directed. We know what you’re thinking, but yes, Wilde and Jason Sudeikis ended their seven-year engagement early last year.

With all this dating buzz, this Tweet just about sums up all the questions we have:

He Treats People with Kindness

When Styles isn’t creating the year’s second-most-played radio hit or being the first man to appear solo on the cover of Vogue, he’s making moves on the big screen in “Dunkirk” and the upcoming “Don’t Worry Darling.” He also raises  money for LGBTQIA+ youth, public school teachers, people facing homelessness, and so much more. Seriously, the list goes on. Just when we thought he couldn’t be any more charming, he stopped to feed a fan’s fish.

The “Treat People With Kindness” singer seems to practice that mantra in his own life. While there were many that paved the way for his success, we don’t think Styles is trying to step on anyone’s toes, and we’d be lying if we said “Adore You” wasn’t stuck in our heads from time to time! 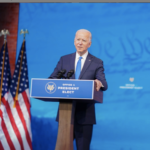 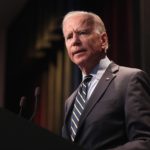