Throughout the COVID-19 pandemic, we’ve all seen headlines about people partying — but in the case of the gay men’s community, there’s a growing form of self-policing that’s opened new conversations about the role of shame and safety amid this global health crisis.

Around the new year, an Instagram account called GaysOverCovid that rails against giant “circuit parties” (a regular occurrence in non-pandemic times) and reveals the identities of some attendees sparked conversations in both the LGBTQ+ community and US media at large about how to handle people who insist on organizing and attending packed, maskless parties during the deadly COVID-19 pandemic.

The name of the account is pretty self-explanatory — it’s run by and represents gay men who are “over” the pandemic continuing at such a fast pace, and who believe that members of their community who attend circuit parties (many of which in tropical destinations like Puerto Vallarta, Mexico or Rio de Janeiro, Brazil, or in hard-hit states like Florida) are making the pandemic worse. The account is specifically built around showing images of these dangerous parties and inviting users to identify attendees, which has led to “doxxing,” or posting their information online and encouraging people to contact the revelers’ employers about their attendance. As some have suggested, this harkens back to the controversial practice of “outing” LGBTQ+ people who are in the closet — and there’s no way to know whether or not any of the people attending these superspreader events are still closeted.

There’s been further criticism against GaysOverCovid and other “vigilantes” in the gay men’s community because, according to some detractors, this kind of “accountability” and shaming is harmful to queer people and recalls a much darker time in LGBTQ+ history — the HIV and AIDS crisis of the 1980’s and 90s, when men had to choose between partying and being intimate with others and the risk of death from the virus. Similarly to COVID-19, there was a lot of confusion in the early years about how HIV was transmitted, so people were tasked with making difficult choices while trying to keep themselves safe.

Some have gone so far as to call the backlash a “civil war” in the gay community, but few have pointed out that this kind of conversation, regardless of what you think of the tactics, can be both healthy for the community and is much, much more than many other groups — including lots of state and local governments — are doing.

As members of a community that has only in the past few decades begun to gain acceptance, LGBTQ+ people and gay men especially have faced discrimination not only from society at large, but also from governments and the medical industry. Many who lived through the AIDS crisis still remember what it was like to have society and doctors turn their backs on their friends and loved ones who were dying because they judged them for their lifestyles.

Another, often overlooked, legacy of that era is the AIDS Coalition to Unleash Power — also known as ACT UP — that became a popular hub of self-advocacy for queer people who were diagnosed with HIV or AIDS and those who were at risk. When society turned its back on gay men, they made their own organizations to take care of themselves, and it helped turn the tide of the “gay plague” and remove the stigma surrounding the disease.

ACT UP was known for bold, audacious public protests. They stormed Wall Street to demand greater access to expensive HIV medications, blockaded the doors at the Food and Drug Administration, and went to CBS headquarters to protest the federal government spending billions more to fund the military than to fund AIDS research and treatment. Splinter groups formed as some within the LGBTQ+ community disagreed with ACT UP’s tactics.

Things are much better for the LGBTQ+ community than they were in the 80s and 90s. Gay couples can now marry legally, our culture is much more accepting of queer and trans people, and HIV and AIDS, though not eradicated, are no longer a death sentence thanks to PrEP and other life-saving medications. While ACT UP and GaysAgainstCovid are obviously not the same thing — one was a decades-long activist group and the other is a young Instagram account — the parallels are compelling.

The conversations about wealth and racial privilege in the community at large and in the GaysOverCovid debate specifically show that, as LGBTQ+ people gain acceptance and live better lives, they too must grapple with the same difficult questions as straight and cisgender people. One of the key facts of GaysOverCovid’s criticism is that the vast majority of the men at these circuit parties are white and wealthy enough to travel to non-white countries during a pandemic, which critics say resembles colonialism.

Not only are GaysOverCovid and its supporters working to reduce the harm from this pandemic using “callout” and doxxing methods, they’re also grappling with such heavy issues as colonialism and racism as well. Given that COVID-19 unduly affects people of color, this is clearly a conversation that should be happening everywhere, not just in the LGBTQ+ community. Indeed, women and femme-presenting folks, and queer and trans people of color are also at greater risk from COVID-19 than their straight, white, and cisgender counterparts.

The conversations taking place about GaysForCovid’s methods are difficult and full of unhealed trauma leftover from the AIDS crisis. That doesn’t mean they shouldn’t be had — and if more people were willing to take on this kind of discourse in their communities and with their friends and families, especially as the United States has thus far failed to offer a centralized response to the COVID-19 pandemic, the world could possibly change for the better. 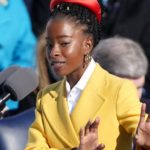 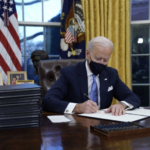