There are other dangers for polar bears around the world: the effects of climate change and global warming have caused polar ice to melt at alarmingly fast rates. Polar bears are very much dependent on polar ice, meaning their survival is increasingly at risk.

A polar bear’s survival is completely dependent on having ice cover to live on. In fact, they spend almost all of their lives there. But there are a number of things you can do to protect them!

Energy-efficient light like, halogen incandescents, compact fluorescent lamps (CFLs), and light emitting diodes (LEDs) will save you money, since they typically use about 25%-80% less energy than traditional light bulbs. But they’re also good for the environment: less energy means less use of power plants, a leading emitter of greenhouse gases.

Have you seen that troubling photo of a polar bear rummaging through a garbage dump? Unfortunately, melting ice has led to polar bears encroaching more and more on human territory. Plus, they have to deal with the increasing number of plastic and waste that’s making it into the ocean: around 8.8 million tons every year! So, remember to recycle regularly.

Again, efficient energy use means you’re doing your part to decrease emissions of greenhouse gases. So shut off that computer when you’re not using it!

In a joint statement on Feb. 23, President Biden and the Canadian Prime Minister, Justin Trudeau, emphasized the “ecological importance of the Arctic National Wildlife Refuge [ANWR].” The ANWR is a refuge in Alaska that’s home to animals like the Porcupine caribou herd. It’s around 19,286,722 acres of wetlands and untouched nature.

It is also an important nursery ground for polar bears, which are listed as threatened under the Endangered Species Act. The ANWR is the subject of controversy, since it’s believed to contain billions of barrels of oil and Republican politicians in Alaska have pushed for the area to be opened up for development.

Let your elected officials know that you support protecting the ANWR! 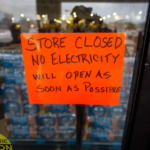 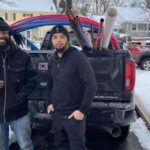 A N.J. Plumber Saw an Opportunity to Help People and Drove to Texas