A victory for voting rights activists: after civil liberty groups started ramping up protests, full-page ads, and calls for boycotts against corporations, Coca-Cola and Home Depot are speaking out against efforts by Republican legislators in Georgia to further restrict voting rights. Essentially, the Georgia Chamber of Commerce issued a statement of “concern and opposition” to these bills, and Coca-Cola and Home Depot supported the statement. Many of these are corporations headquartered in Georgia, and are seen as supporters of Republican legislators.

After the violent insurrection at the capitol on Jan. 6, Republican lawmakers in Georgia have been trying to pass HB 531 and SB 241 to restrict voting rights for millions of voters. Many advocates are saying these bills target Black voters especially, who make up 30% of the state’s electorate. In fact, Stacey Abrams, a leading voting rights advocate, called the bills “Jim Crow in a suit and tie.”

However, other corporations like Aflac and Delta Air Lines have yet to completely commit to the Chamber of Commerce statement. 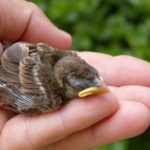 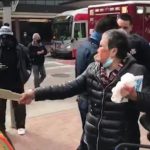