March 2 was eventful, not just because Biden announced a plan to make vaccinations available to all Americans by May, but Dolly Parton finally got the vaccine on Tuesday! In a post captioned, “Dolly gets a dose of her own medicine,” country superstar Dolly Parton showed pictures and video of her vaccination.

The announcement was especially touching since Dolly actually helped fund the Moderna vaccine, giving over $1 million to the COVID-19 fund.

What’s more, she also delayed getting her dose because she didn’t want to create any sense of impropriety.

Queen that she is, Dolly also took the opportunity to show how easy and safe the process was, even cracking jokes like: “it didn’t take this long to film 9 to 5.” She was in high spirits, singing “Vaccine, vaccine, vaccine, vaciiiiiiine, I’m begging of you please don’t hesitate.” She had planned early on to film the process to encourage people to vaccinate.

Her dose was delivered by her friend, Naji Abumrad, a professor of surgery at Vanderbilt University Medical Center. Dolly befriended the Lebanese-American doctor a few years ago after he treated her after a minor car accident. Dr. Abumrad is also the father of podcast producer, Jad Abumrad, who also created a podcast series in her honor. 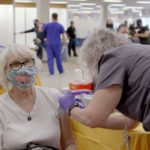 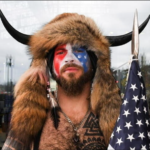